Written by Jon Abrahams on April 21, 2016. Posted in Advertising, Blog, Feature, Other, Publicity.

While exploring downtown Norfolk with “Kenny,” the Jpixx team hit up notable hot spots throughout the city including Slover Library, City Hall and the Senator’s own alma mater, Old Dominion University. 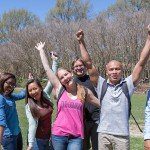 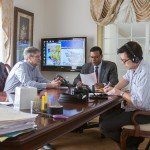 Kenny’s humility and high spirits resonated with everyone on set, and his dedicated staff was on hand to help fulfill the vision set forth for his hometown. 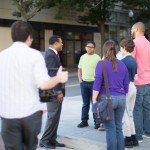 One person, in particular, was dedicated to making sure that Kenny looked the part on camera.

“My absolute favorite part of this shoot was a tailor running up to the Slover Library with a garment bag full of suit jackets so he could change wardrobe on the fly,” states Jpixx Production Assistant April Campion. “It just shows how committed the citizens are to seeing Kenny succeed!”

The Norfolk mayoral election takes place next month on Tuesday, May 3rd. Get to know Kenny and learn more about his plans for the city of Norfolk on KennethAlexander.com.