Today was Day 1 of 4 in the latest ESI saga, with a new company overview video in the works. In case you forgot about the last one, here’s a refresher. On a shoe-string budget, Jon iron-manned it… going solo for a day and knocked out this quicky.

We arrived early at 8:30 a.m. (ok…early by night owl standards) to start capturing the magic that lets ESI help thousands of individuals each day – from copiers and toner to philanthropy and environmentalism.

Kim Drumm made a return appearance, speaking to the company’s managed print services. Special shout out to her hair stylist Michael, whom she channeled during her stellar performance. 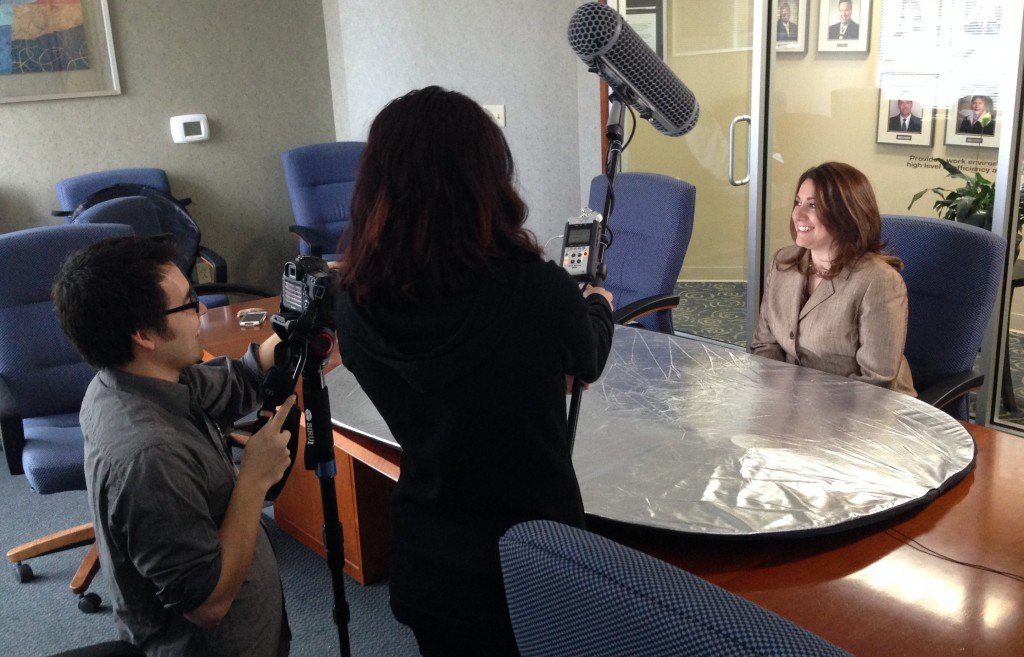 Leslie Rivera, ESI’s Marketing Manager, also made an appearance as an inquiring customer as Marketing Director Jim Haney kept an eye on the creative process. 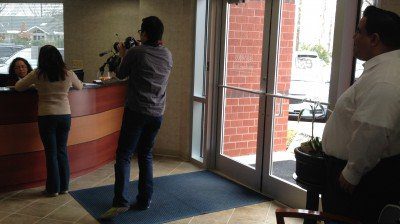 At the end of the day, we were joined by our awesome camera assist Nate Liebold. Jon looked on like the proud director he is as his two associates took the reins. 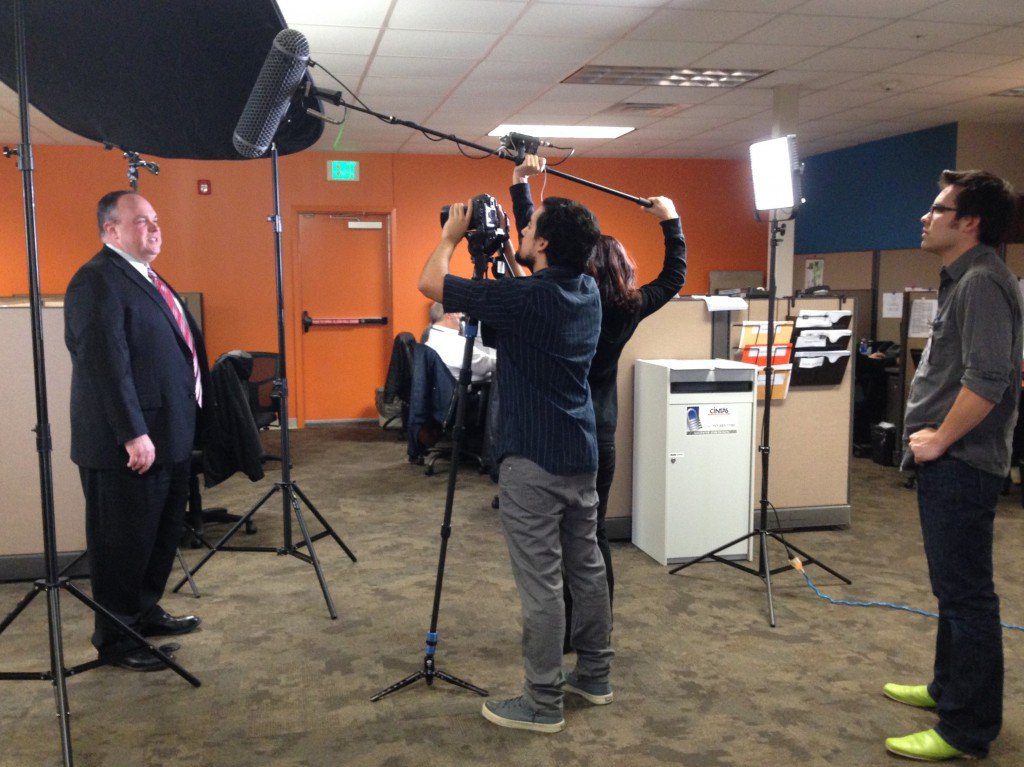