Today marks the start of our “Meet the Filmily” series and the debut of our new short horror film, The Cut! Over the course of the year, we’ll be spotlighting members of the Jpixx team. We’re kicking things of with one of our incredibly talented video editors, Maria Soliven. She’s been with us for over a year slicing and dicing exceptional work and for some reason, she is the only one who has a history of hearing creepy things in the night!

As a notorious night owl, Maria can often be found working late at Jpixx headquarters. In The Cut, she has a frightening encounter with a familiar face during one of her late-night work binges. Without giving away anymore details, here’s our new horror! (created by Karla, Jon and of course Maria) *Disclaimer – you just might wet your pants.*

Stick around for a Q+A with Maria below!

What do you like most about working at Jpixx?

The people. I’m surrounded by people who love what they do, and it makes for such a great environment. I’ve learned so much from everyone since being there, and they’re always down to give me feedback and help me produce bigger & better things. They’re a bunch of characters, too. They’re jokesters, firecrackers, talented, professional, laid back, & crazy. Good crazy.

What has been your favorite project to work on and why?

There’s like an eleven-way tie, but I have enjoyed editing ESI’s webisodes. The actors are hilarious & the scripts are great. Sometimes I’m giggling to myself like an idiot while I’m putting the video together. And no matter how many times I watch a scene over, I’ll keep giggling.

If you could switch jobs with anyone else within Jpixx, whose job would you want?

People would be surprised if they knew…

How much I love Chick Fil-A

What’s your motto or personal mantra?

Whenever I make a mistake – “It’s part of the joke”

It keeps my attitude light. Life can be ridiculous & unbelievable, but if you just go with the flow and wait it out, there’s always something good at the end. Punchlines everywhere. 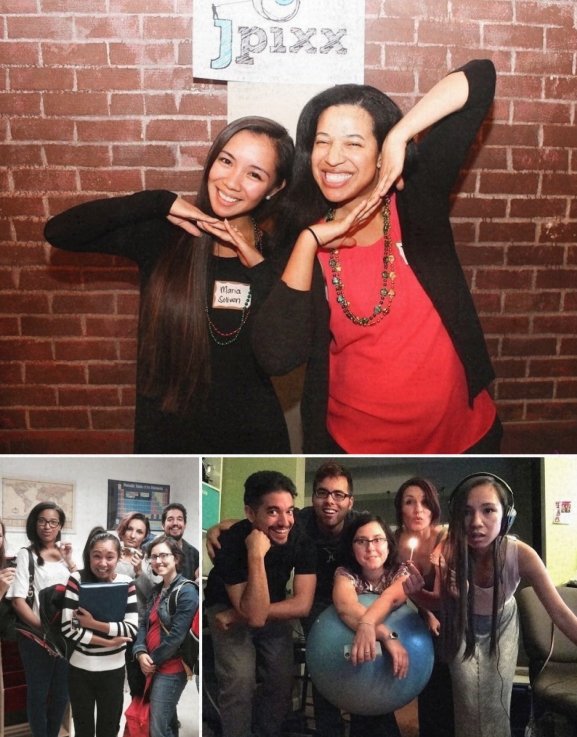 If you think Maria is super cool, there’s plenty more to come! We’ll be back in April to introduce another member of the Jpixx crew. Stay tuned!