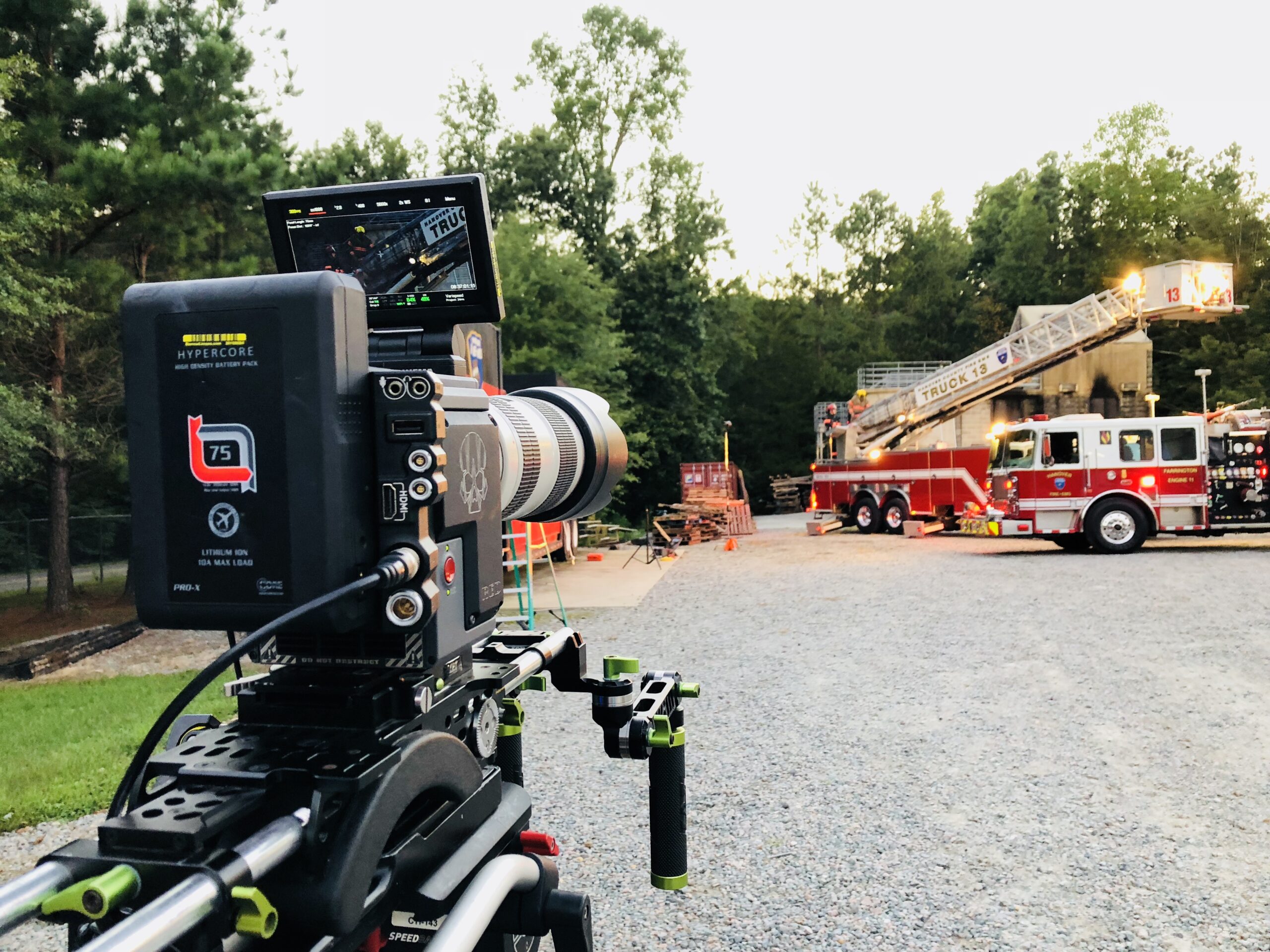 Hey, y’all! New Jpixx intern, Lizzie, here! Coming at you with a new blog post. Last week, the Jpixx crew traveled to Norfolk and Richmond, VA for a shoot with the Virginia Department of Health! We met with first responders of all sorts–police officers, dispatchers, EMTs, paramedics, and firefighters.

Our excursion began at the Richmond Ambulance Authority paramedic dispatch center. We learned that 911 calls go to a central dispatch center first, then get redirected depending on which first responder is needed – police, paramedic, fire, etc. What is a 911 dispatcher’s best advice for calling 911 at that moment? First, “don’t freak out.” Second, “know your location.”

We had new gear on our shoot this go around!

First up, a Nucleus Tilta wireless follow focus system that allowed JSlay to keep things in focus from the next room. What?! Are we living in 2030?

Next, an epic rainmaker to amp up the drama in our paramedic shot. Be on the lookout for some slow-mo raindrops.

Last but never least, the RED Dragon digital camera. Cue the heart eyes. Jon, Sergio, and JSlay had quite the time experimenting and learning with the RED throughout the shoot. I see now why it’s called the “RED Dragon.” It’s definitely a beast.

The next phase of our shoot brought us to an abandoned building that Hanover County Fire and EMS just casually set on fire so we could get the perfect shot. Craig, our awesome firefighter talent, operated the ladder on a Hanover County firetruck for us–doing his own stunts! The picture below shows the setup period while we waited for the sun to go down in Ashland, VA. We used the RED with a telephoto lens to get that striking moment of Craig fighting a fire.

Moments like this were the most eye-opening of the shoot day. To sit behind a camera or a light and look at how different Craig’s and the other first responders’ lives were from ours was humbling. Overall, the shoot reminded us how vital it is to all look after our mental health.

If you know a first responder, don’t forget to say thank you for all they do and check up on them. Take care of yourself and others! Be on the lookout for another post about our trip to Michigan in the coming weeks! That’s all for now. So long from Jpixx and our Richmond Airbnb cat.